“Internal Migration in Syria” presents the main findings of the Syria Internal Migration Survey (SIMS). The report looks at migration flows within and across provinces, and between rural and urban areas. Particular efforts have been made to investigate the claim that population movement from rural areas to Damascus and other provincial cities has diminished and that “reverse migration”, i.e. movement from cities to rural areas, and from provincial cities to other cities and towns has been taking place.

In addition to examining the volume and patterns of internal migration, the report describes the socio-economic characteristics of migrants, examines the reasons for spatial movement, studies the use of remittances from migrants, and analyses the social integration of migrants at their places of destination. Furthermore, it looks at temporary, seasonal migration and peoples’ intentions to move in the future.

The SIMS is a joint project between the University of Damascus, the Syrian Central Bureau of Statistics (CBS) and Fafo Institute for Applied International Studies (Fafo). Data were collected during the second quarter of 2000. Interviews with more than 20,000 families were successfully completed. 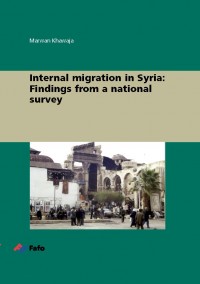