Reform and opening-up (economic reforms and socialist market economy) combined with major changes to society and traditional social organization, created new winners and losers at the end of the twentieth century in China. Increased inequality and uneven growth across social groups and geographical regions both in terms of economic means and access to basic goods such as health, education, housing, and pensions were seen as threatening social stability and the legitimacy of the regime. This chapter provides a historical introduction to welfare in China and describes how social policy and a new welfare system with universal aspirations was established under the Hu and Wen era. It further explores how a more comprehensive welfare system is linked to the political discourse under Xi Jinping’s leadership. As China is entering into a new historical phase, efforts to meet the peoples growing demand for better lives is closely linked to the establishment of a just, fair and equitable welfare system. Technology and innovation as key in establishing new systems, as is the incorporation of non-state actors as providers of services. But challenges related to social, demographic, economic, and structural conditions must be met as expectation of broader welfare provision is increasing in the Chinese population. 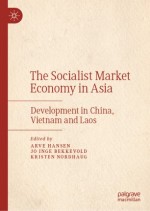