Still more Nordic citizens have a private health insurance. In Denmark 1 million, or 36 percentage of the employed are covered by private health insurance, and nearly all are taken out after 2002. The number of Norwegians with such an insurance is tenfold in six years, but even though the number has now reached 200,000, this amounts to only 8 percent of the employed. In Sweden, there are also 8 percent of the employed, or about 360 000 people, who have their own health insurance. As in the other Nordic countries, the rise here too especially comes from 2002 onwards. In this paper we look more closely at this development. Why is it that we have a huge increase in demand for these insurances in a welfare model that provides free healthcare for everyone? 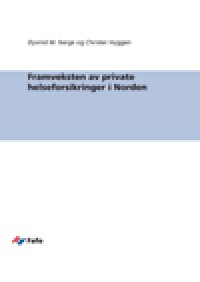