This baseline report portrays the living conditions of Palestinians in Gaza, the West Bank and Arab Jerusalem using a broad canvas. The study is based on interviews of a representative sample of the Palestinian population carried out in the summer of 1992. It explores such dimensions as employment, health, housing, economic resources, the specific conditions of women, opinions and attitudes, education and social status. The report aims to present the facts of contemporary social and economic life as dispassionately, accurately and candidly as possible. Addressing many of the underlying issues in the debate on the future of the occupied territories, it also sheds light on the wider question of regional security and stability. 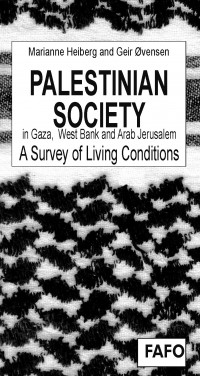