The Demographic Survey of the West Bank and Gaza Strip was one of the first large scale surveys carried out by the Palestinian Central Bureau of Statistics (PCBS). The survey was implemented with technical assistance by Fafo, and it has provided basic demographic indicators at a time when no credible such information existed. A series of tabulation reports have been issued by the PCBS with invaluable information on the state and development of the population of Palestine. The present report provides an in-depth analysis of the survey data. 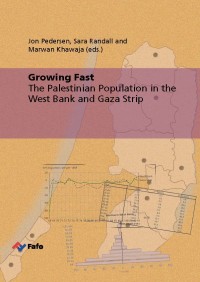