'Conflict timber' is a new term, coined by a UN sanctions panel of experts in 2001. But conflict timber is not a new phenomenon. In The Logs of War, Global Witness, the London-based investigative and campaigning NGO, has produced a comprehensive and disturbing analysis of the ways in which the tropical timber industry has helped sustain armed conflict and what can be done about it. The report was commissioned by PICCR as part of the Economies of Conflict research project, which examines the links between certain private sector activity and armed conflict. 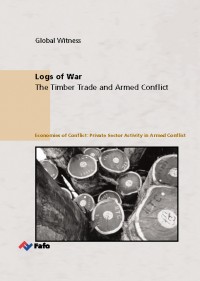