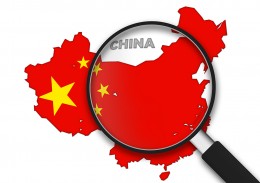 Professor of International Studies and Sociology, Emeritus
Department of Sociology at Harvard

Despite - or maybe because of - the world’s highest and most stable economic growth, inequality in China has reached levels way beyond what the United Nations describes as a threat to social stability. How does the Chinese population perceive these inequalities and the measures taken by the government to build a more “fair society”? At this Fafo breakfast leading American, Chinese and Norwegian scholars will present some of their work on perceptions of distributive justice in China.

Martin K. Whyte from Harvard University presented a new paper on "The Paradox of Communists Effectively Promoting Capitalism", examining why China has been so much more successful than the post-socialist countries of Eastern Europe in getting their population to view current inequalities as relatively fair. Professor Shen Mingming from Peking University talked about studying public opionion in China, and researcher Kristin Dalen at Fafo presented on perceptions of distributive fairness and a “new” Chinese welfare state.