Since the beginnnig of the escalation of the Israeli-Palestinian conflict at the outbreak of the second Intifada in September 2000, Israel has imposed restrictions on Palestinian movement of persons and goods across the border between the West Bank or Gaza Strip and Israel, as well as internally within the Occupied Territory.

This report examines the impact on Gaza City of this closure of the Gaza Strip. The closure of the Gaza Strip is more complete than that of the West Bank. Very few workers are able to enter Israel from Gaza and the transport of goods into and out of Gaza is severly curtailed. The primary data for this report were collected by three Fafo researchers and assistants during two weeks of fieldwork in late May and early June 2001. 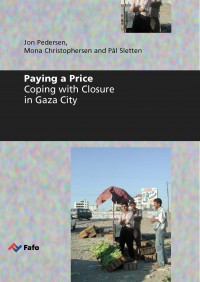