The Landmine Monitor is an unprecedented civilsociety based reporting system, monitoring progress and set-backs in the implementation of the 1997 Anti Personell Landmine Convention. It has published the annual Landmine Monitor Report since 1999, and is widely accepted as the standard reference on the global landmine problem, by governments, international organizations, private sector and civil society. It is published by the International Campaign to Ban Landmines, the global coalition that was awarded a Nobel Peace Prize for its efforts. Few, if any, civil-society campaigns have managed to define and take on such a new role for themselves, transforming themselves from an international advocacy effort into a de facto monitoring mechanism delivering de facto formal reports on a multilateral instrument.

What impact has the Landmine Monitor had on the implementation of the 1997 Mine Ban Convention? Are the experiences made relevant for other civil society initiatives? How unique is this initiative? In this report, Mary Wareham explores these and related questions as well as providing a comprehensive insiders account of the establishment and development of the Landmine Monitor. Wareham was global research coordinator for the Landmine Monitor from 1999 to 2005, and has followed the initiative close since its inception until her departure from Human Rights Watch in june 2006. 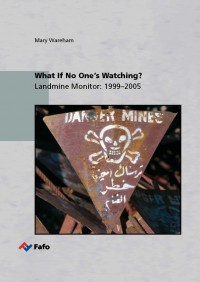