In 2007, Latvijas Celtnieku Arodbiedrības – LCA (The Latvian Builders’ Trade Union) and Fellesforbundet signed an agreement that commits the parties to comprehensive organizational and union-related cooperation. Such cooperation is frequently being called for in an increasingly globalized labour market, while there are few examples of such cooperation being implemented in practice. This report takes a closer look at how this cooperation was initiated, how it has been organized and the results that have been produced. 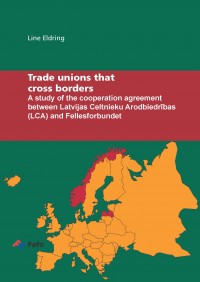