In Angola, Sierra Leone and the Democratic Republic of Congo, diamonds have helped sustain armed conflicts that have killed almost one million people in just over a decade. The recent rise to prominence of 'conflict diamonds' poses a challenge not just to the diamond industry, but also to governments, multilateral institutions and non-governmental organisations working to end these wars. Dirty Diamonds looks at this recent experience, explores how the trade in rough diamonds helps sustain armed conflict and assesses the various solutions now being debated. The report was commissioned by PICCR as part of the Economies of Conflict research project, which examines the links between certain private sector activity and armed conflict. 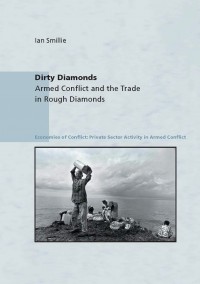