As a result of the war of 1948, Jordan was the country receiving the largest number of Palestinian refugees originating from the area that today is the State of Israel. The Palestinian refugees, together with the Palestinians displaced from the West Bank who fled to Jordan after the 1967 occupation, today make up 44 percent of the total population in Jordan. This study concludes that the vast majority of refugee households in Jordan have material and social conditions quite similar to other Jordanian households. The social network provided by the high number of refugees, and the fact that the refugees speak the same language as the inhabitants of the host country, have combined to produce this effect.

In addition, the Jordanian authorities have played an important role by providing refugees with Jordanian citizenship and other rights. Nevertheless, refugees who live in UNRWA refugee camps are characterised by the clustering of poor living conditions.

The study is based on results from the Jordan Living Condition Survey, which was conducted in Jordan in 1996, as a co-operation between Department of Statistics in Amman, and Fafo 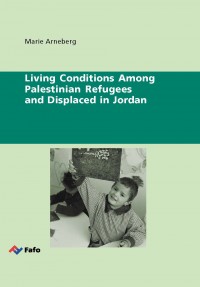