If lifelong learning means education and training, the policy concept dating back to the 1970s risks at becoming as empty as wide. To understand the meaning of lifelong learning in a Norwegian context, this report looks into the history by searching for practices similar to those labelled LLL today. The Norwegian breakthrough for lifelong learning was the ambitious Competence Reform; launched in 1999 but conceived in the early 1990s amidst claims for paid training leave for employees. In those years, trade unions tried to redefine collective bargaining by adding further and continuing training to the agenda.

Differently from labour market projects between social partners, which are cornerstones in a «Nordic model of co-operation», the Competence Reform was also a civil society project. It built upon a Norwegian (and Nordic) tradition of folk high schools, high estimation of learning in the home and in the community as well as parents’ control of schools.

For the labour market, the civil society and the education system the Competence Reform provided Norway with an advanced framework for lifelong learning. Much of the follow-up work is today handed over to the State. The reform did not give birth to further institutionalised practices for collective action in training among social partners. As a policy field, further and continuing training is therefore less regulated than other parts of the Norwegian education and training system. 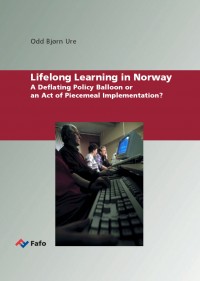