This report is the main report forming part of Fafo’s wider project on living conditions among people with HIV in Norway, conducted in 2008–2009. In 2008 Fafo published a report in two parts: an attitude survey carried out among the population and a knowledge update. The findings of the attitude study provide an important framework for the interpretation of many of the findings presented in this report. The knowledge update was a first step in the work of studying the living conditions of people with HIV. The conditions for people with HIV have changed a lot the last decade. The anti-viral medicines that appeared in 1997 have steadily improved. In spite of the successes as far as medical progress is concerned, there does not seem to have been any corresponding progress when it comes to openness, knowledge and attitudes in society. One of the goals of the study is therefore to find out how the tension between individual prospects on the one hand and knowledge, attitudes and stigmatisation on the other hand affects the living conditions of people with HIV.

A description of the living conditions of people with HIV in Norway is a story of which there are at least two versions. One version of this story is about people diagnosed with HIV who for various reasons want this to be as small a part of their lives as possible. The other version of the story is about people who give a completely different place in their lives over to having HIV. For many of them, being HIV positive becomes an identity and is linked to activities and procedures that take up quite a lot of their lives and their time.
The report finds that 70 per cent of the respondents declare being in good or very good physical health, and 80 per cent consider that medical treatment contributes positively to their health levels. However, the report also finds that there exist several challenges linked to openness and stigmatisation. One arena standing out in particular is the workplace as it presents challenges associated with attitudes towards people with HIV, and the dissemination of and access to information about rights and adaption to ensure that people with HIV can participate in the workplace.

The project was conducted in collaboration with HivNorway, and was commissioned by the Norwegian Directorate of Health. 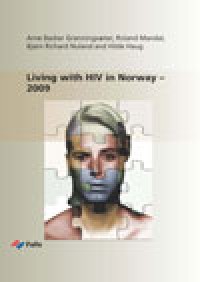