The research project focuses on how Chinese citizens’ experiences, preferences, norms and values relate to different types on inequality and the development of China’s social security regime. It is well-established that China has seen rapid growth in inequalities since the Reform and Opening up started 40 years ago. How Chinese citizens perceive inequalities is less understood. The conventional view in discussions about welfare in China is that despite great progress in improving living conditions and reducing poverty, large segments of the population are dissatisfied with increasing inequalities and see current distribution systems as unfair. However, some studies indicate the opposite, documenting widespread acceptance of inequalities and belief in market based distribution principles in China.

The project aims to provide more knowledge and research in this field through collecting and analysing data on how Chinese citizens see these issues. In the summer of 2014 the project undertook a national survey of perceptions of distributive justice in China. The survey builds on and is comparable to previous studies of perceptions on inequality and distributive injustice in China conducted by Harvard University and Beijing University in 2004 and 2009. In addition, experiments exploring normative dilemmas in welfare design has been conducted for different age groups in China. The project has also implemented a survey module in German and American surveys to allow for international comparisons of the results.

To generate research based on peoples’ perceptions of distributive justice and fairness. To understand how these values, norms, experiences and preferences shape the normative foundations for the development of a Chinese welfare state; and to evaluate to what extent development of social policy and reforms of welfare arrangements in China align with peoples’ perceptions.

Despite continued economic growth, China’s leaders see expanding social inequalities and dissatisfaction with public services as major challenges to social stability and the legitimacy of CCP rule. Of particular concern is the rural-urban gap in welfare resources and rights. In response, the central government has introduced social policy reforms of a scope unmatched in the world, including in the fields of labor, pensions, health, social assistance, and education. President Hu Jintao’s administration introduced the concept of a “Harmonious Society” emphasizing the need for more redistribution and equality as well as a sustainable social agenda; and a new law on social security was introduced in 2010. The focus on reducing inequality and prompting more just distribution has been continued under the leadership of Xi Jinping after 2014. The government’s ambitious aim is to ensure basic social services for all citizens by 2020.

The restructuring of welfare institutions in China has attracted a great deal of academic interest. Many scholars have addressed to what extent China does and will develop along the lines of Western welfare states. Much attention has been focused on detailing the scope and extent of welfare reforms in the wake of the economic reforms since 1978, the way the nation’s reforms are being financed and governed, and the social and political implications of the new regulations. Numerous studies have been conducted on specific reform initiatives, including in the field of health, social assistance, pensions and elderly care, and unemployment and laid off worker provision. This project takes another approach by focusing on how Chinese citizen’s experiences, perceptions, norms and values relate to the development of its welfare regime. 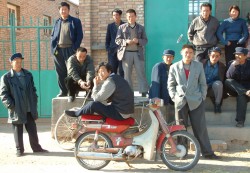 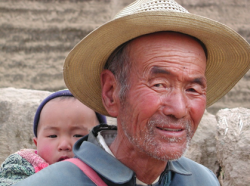 Chinese Academy of Science and Technology for Development

Towards a new Chinese welfare state - conference presentations and panels