This report presents the results of a study of transnational prostitution and trafficking in women, with two main goals. The report presents an estimate of the number and nationalities of women selling sex in Oslo, based on a survey undertaken during one month in 2003. Further, the report investigates mechanisms of trafficking and exploitation in prostitution, through analysis of interviews with women focussing on life histories. A particular aim is to explore the role of enforcement, exploitation and opportunities at various stages of the process. Crossing Borders also analyses how trafficked women have found their ways out again, using own resources and skills, as well as public and private helpers to cross the borders back. 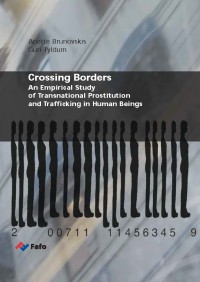