Immigration has existed in Norway for many centuries. According to Statistics Norway (Statistisk sentralbyrå), immigrants, who stem from 200 countries, presently make up 14 per cent of the overall population.

The term ‘modern period of immigration’ refers to immigration that began in the 1960s. Immigrants seeking work, the majority of whom were men from Pakistan, formed the first wave.

The second wave, which lasted from 1975 to 1989, consisted largely of immigrants, many of them children and women, seeking family reunification, which explains why the number of immigrants increased despite the so-called immigration stop implemented of 1975.

The third phase of immigration, 1989 – 2004, was characterized by an increase of asylum seekers. During this time, the situation became more complex with more people trying to immigrate for a variety of reasons. An increase in people seeking work followed the 2004 EU expansion. Employment based immigration became once again a major part of migration to Norway.

In parallel with discussions on the nature and extent of immigration, a debate is taking place regarding the degree to which immigrants should become a part of the society in which they live. The balance between equal rights on the one hand and the right to be different on the other hand informs tensions regarding both goals and means in immigration politics.

Changes in the makeup of the population have ushered in considerable political challenges for the authorities, which include, among others: questions pertaining to duties the new citizens should have: and the manner in which to secure support for the welfare state’s economic and ideological foundations.

The notion of assimilation, in the sense of the pressure to conform, is often used in contrast to the concepts of inclusion and integration. Nonetheless, the discussion includes the notion of degree of difference, in the sense of how great differences can be before society is unable to handle the consequences that may arise. In the same vein, one should address the question of the need for common sets of rules of behavior in central societal arenas.

Integration politics are focused on securing equal access to society’s central arenas, such as schools and the labor market. Consequently, authorities are concerned with legal frameworks for the regulation of labor markets and other activities in order to secure diversity and equal rights.

In addition, the authorities have implemented an introduction program for new arrivals with the intention of providing the information and socialization skills needed to secure a good life in Norway. As education is seen as a very important factor, considerable governmental resources are allocated to the acquisition of language skills such that as many as possible can take part in education.

One source of recurring tension in immigration politics stems from the fact that different parts of society have divergent visions. For example, while the goal of equality regarding salary and career opportunities is not controversial, the situation is different regarding religious and cultural topics, where the recognition of the right to break with the majority norm is strong. It is thus difficult to make a case for one and only one goal for integration politics.

A final consideration regards the fact that integration institutions are national in character whereas immigrant groups are by definition characterized by their global or international nature. Many new citizens find themselves in a situation in Norway where they experience several frames of reference at the same time. Some of them are connected to people and institutions in Norway, while they are also connected to other countries, societies and ethnic groups. 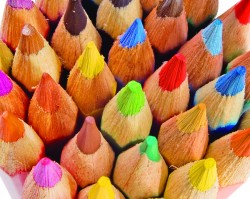 Stability and change in attitudes towards homosexuality among immigrant-origin adolescents in Norway Migration Studies , 2021
Link to article

Chaplaincy and religious plurality in the Norwegian context Tidsskrift for praktisk teologi , 2019

Adapting to the Dual Earner Family Norm?
The Case of Immigrants and Immigrant Descendants in Norway Journal of Ethnic and Migration Studies , 2015
Abstract